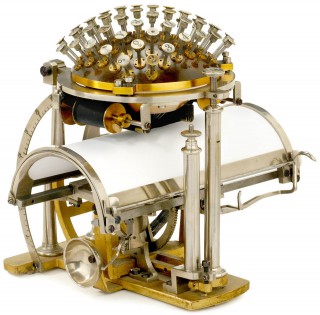 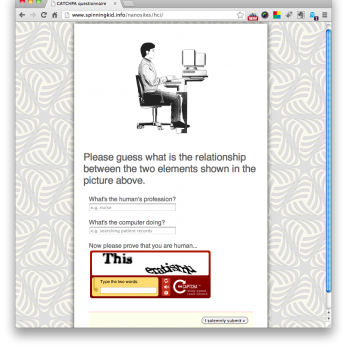 In an expanding system, such as a growing organism... freedom to change the pattern of performance is one of the intrinsic properties of the organization itself.

At times also I have been put to confusion and driven to despair of ever explaining something for which I could not account but which my senses told me to be true.

There is a deep and dynamic relationship between the evolutionary pathways of computers and humans, each influencing and helping to configure the other. Yet while machines are getting lighter, faster, easier to use, performing ever better at ever lower costs. The same cannot be said of the human, which has not kept up with the raging pace of development of the machine. Humans have not changed in any significant way in the last 200,000 years. There is, however, an illusion of productivity, which reinforces this relationship. Parallels can be drawn between this situation and the psychology of addiction. A damaging habit persists while the illusion of a perceived benefit is fed.

Where critical media theory focuses on the impact that different technologies have upon human culture. The concerns addressed in this writing are slightly different. The impact I am most concerned with is not cultural but somatic, it pertains to the body.

In the same way that when a human misuses a machine the machine eventually breaks down. When a machine misuses the human, it is the human that breaks down. A random google search reveals that the cost of musculoskeletal disorders related to the workplace is around 50 billion dollars a year. It is clear that work makes humans break down, much work today is done together with a machine. Humans are breaking down and machines are suffering the loss of their users at a staggering rate.

Humans continue to neglect some fundamental aspects in their integration with the machine, the effects this has on their psyco-physical condition are disastrous.

It is a well established fact that machines affect the ways humans think. Friedrich Nietszche suffered from disease, at some point he could not sit to write for extended periods. As a way to get back to his writing, Nietszche adopted Malling-Hansen’s Writing Ball (Skrivekugle) a precursor of the modern day typewriter.

One of Nietzsche’s friends, a composer, noticed a change in the style of his writing. His already terse prose had become even tighter, more telegraphic. “Perhaps you will through this instrument even take to a new idiom,” the friend wrote in a letter, noting that, in his own work, his “‘thoughts in music and language often depend on the quality of pen and paper.”

“You are right,” Nietzsche replied, “our writing equipment takes part in the forming of our thoughts.” Under the sway of the machine, writes the German media scholar Friedrich A. Kittler, Nietzsche’s prose “changed from arguments to aphorisms, from thoughts to puns, from rhetoric to telegram style. Malling-Hansen’s writing ball, with its operating difficulties, made Nietzsche into a laconic”.

To investigate common perceptions in the relationship between the human and the machine, I created a simple online questionnaire. The image above was displayed alongside two questions “What is the human’s profession?” and “What is the computer doing?”. I published this test on social networks and got members of my faculty as well as friends and acquaintances to participate. To ensure that all responses were produced by a human subject, I placed a CAPTCHA test that had to be fulfilled before submitting any response.

These participants have very likely developed a sensitivity that allows them to observe this relationship at a distance and reflect on its meaning. This group is important as they constitute the revolutionary core.